The University of Wisconsin Law School has announced the creation of an endowed faculty chair in honor of the late Professor James E. Jones Jr. This is UW-Madison’s first fully funded chair named for an African American faculty member. 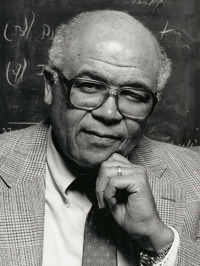 Professor Jones was a trailblazing labor lawyer, a civil rights giant, a committed professor, and a prolific scholar. He graduated from UW Law School in 1956, returning in 1969 to become the school’s first African American faculty member. In 1973, Jones founded UW Law’s William H. Hastie Teaching Fellowship, an LL.M. degree program that prepares lawyers from historically underrepresented groups for tenure-track faculty positions. The program is the oldest teaching fellowship of its kind — and nationally, one of just a handful in existence.

After Professor Jones’s death in 2014, a group of alumni set out to honor his legacy. Headed by Cory Nettles ’96 and Harold Jordan ’77, a group of 99 donors raised nearly $1 million toward establishing the Jones chair. The endowment also received a generous gift of close to $1 million dollars from a matching program established by John and Tashia Morgridge, 1955 graduates of the university.

“The James E. Jones Chair will honor its name holder and provide an enduring tribute to his legacy,” says Cory Nettles. “We knew raising enough money for a chair would be challenging, but we believed nothing short of a chair was worth holding Professor Jones’s name.”

With pledges being made to complete the project, the chair is on track to be awarded for the first time in 2022.

“Professor Jones was a towering figure here at the Law School. The chair bearing his name will continue his memory and legacy here forever,” says Dean Margaret Raymond. “To everyone who knew him, it is a powerful reminder of a great teacher, mentor and colleague.”