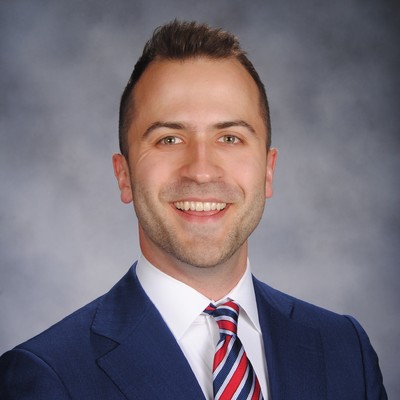 I've never eaten at Subway (and at this point, I'm keeping the streak going for the rest of my days).

Originally from Austin, Texas, Mike Holland, is now a third-year law student at the University of Wisconsin Law School. After graduating with a business degree from the University of Oregon, Holland worked in various roles at tech and client services companies before realizing he wanted to find a career that was more personally satisfying and meaningful to the broader community. He saw legal practice as the way forward.

"As an openly gay man, I view practicing law as an equalizing force to forge a more inclusive society, especially for LGBTQ+ people," Holland explained. "Whether by getting involved with LGBTQ-centric organizations via pro bono work, or simply by bolstering the visibility and representation of out, gay lawyers, I view my future legal practice as a vector of progress beyond just my singular career and personal development."

After weighing potential career options, he felt a law degree would afford him the best tools to meaningfully contribute and build community. It also proved his parents' hunch correct.

"My parents always told me that I'd make a good lawyer, which I dismissed from a young age. Turns out, they were onto something," he said.

When it came to finding the right fit for a law school, UW Law stood out to Holland for two reasons.

"Geographically, I wanted to work in Chicago after graduation, so UW Law's proximity was a plus–with diploma privilege the cherry on top," he said.

But what ultimately "sealed the deal" for Holland was when he toured UW Law and got a firsthand look at its culture and what living in Madison would be like.

"Compared to the several other schools I toured across the country, the students at UW Law seemed more like friends instead of merely colleagues or coworkers. Plus, as someone who had lived as a non-student adult for a few years, I wanted to study in a city where I didn't have to put my life on hold for three years just to get my degree," he said. "I could tell Madison was a great place to live and I could instantly envision myself there."

Holland's most memorable experience at UW Law has been participating in, and then running, QLaw's LGBTQ+ student-attorney mentorship program.

"The experience of bringing together LGBTQ+ law students and attorneys has inspired me to find ways to strengthen connections among LGBTQ+ attorneys when I'm in practice and to serve as a mentor to queer law students down the line."

"I didn't have any gay role models or mentors growing up, nor in college or in the workforce, so participating in the program meant a lot to me," he said. "In my first year of law school, the program connected me with a gay attorney in the community that I could regularly connect with and learn from, reaffirming my decision to become an attorney in the process."

In Holland's second year, he was elected to run the program himself–connecting several queer law students with LGBTQ+ attorney mentors of their own.

"The experience of bringing together LGBTQ+ law students and attorneys has inspired me to find ways to strengthen connections among LGBTQ+ attorneys when I'm in practice and to serve as a mentor to queer law students down the line," he said.

Holland also serves as the President of the Student Bar Association (SBA), the student government organization at UW Law. He served as a representative his first two years before being elected to lead the organization.

"Having chosen to attend UW Law because of its robust culture, my goal as SBA President has been to revitalize the Law School's pre-pandemic culture as we returned to campus," he said. "Navigating our way out of lockdown has been challenging, but UW Law still feels as friendly and collegial as when I first stepped foot on campus."

After graduation, Holland plans to relocate to Chicago to begin his career at Foley & Lardner LLP in the firm's litigation practice group.

"UW Law has prepared me for life as a litigator through its hands-on skills courses and its comprehensive doctrinal curriculum," he said. "I feel more than prepared to succeed and make a real difference in my career."

This article appears in the categories: Features, Students